There was a huge applause at a packed community meeting in Oughterard last Wednesday for Galway TD Noel Grealish over remarks he made about economic migrants abusing the asylum system in order to move to Ireland.

Grealish was speaking at what was described as the biggest political meeting every held in Oughterard in opposition to any plans to accommodate asylum seekers at the Connemara Gateway Hotel. Reports suggest as many as 800 to 1,00 locals showed up at the meeting from a population of around 1,500.

Leaflets were handed out at the meeting informing the community that in 2016, Eurostat revealed that 90% of asylum seekers in Ireland were not considered genuine. However, in 2017, the ESRI revealed that 80% of deportation orders against failed asylum seekers are never implemented. 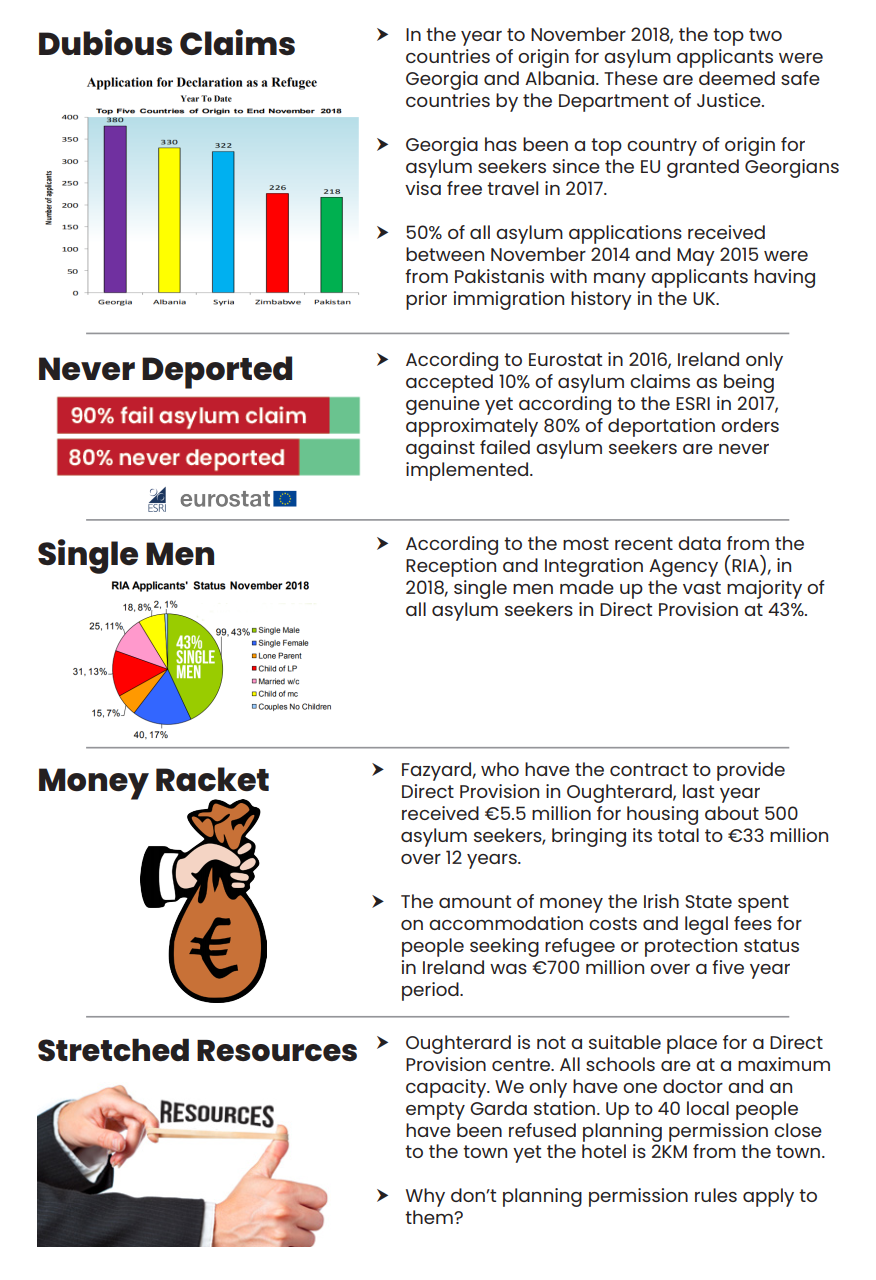 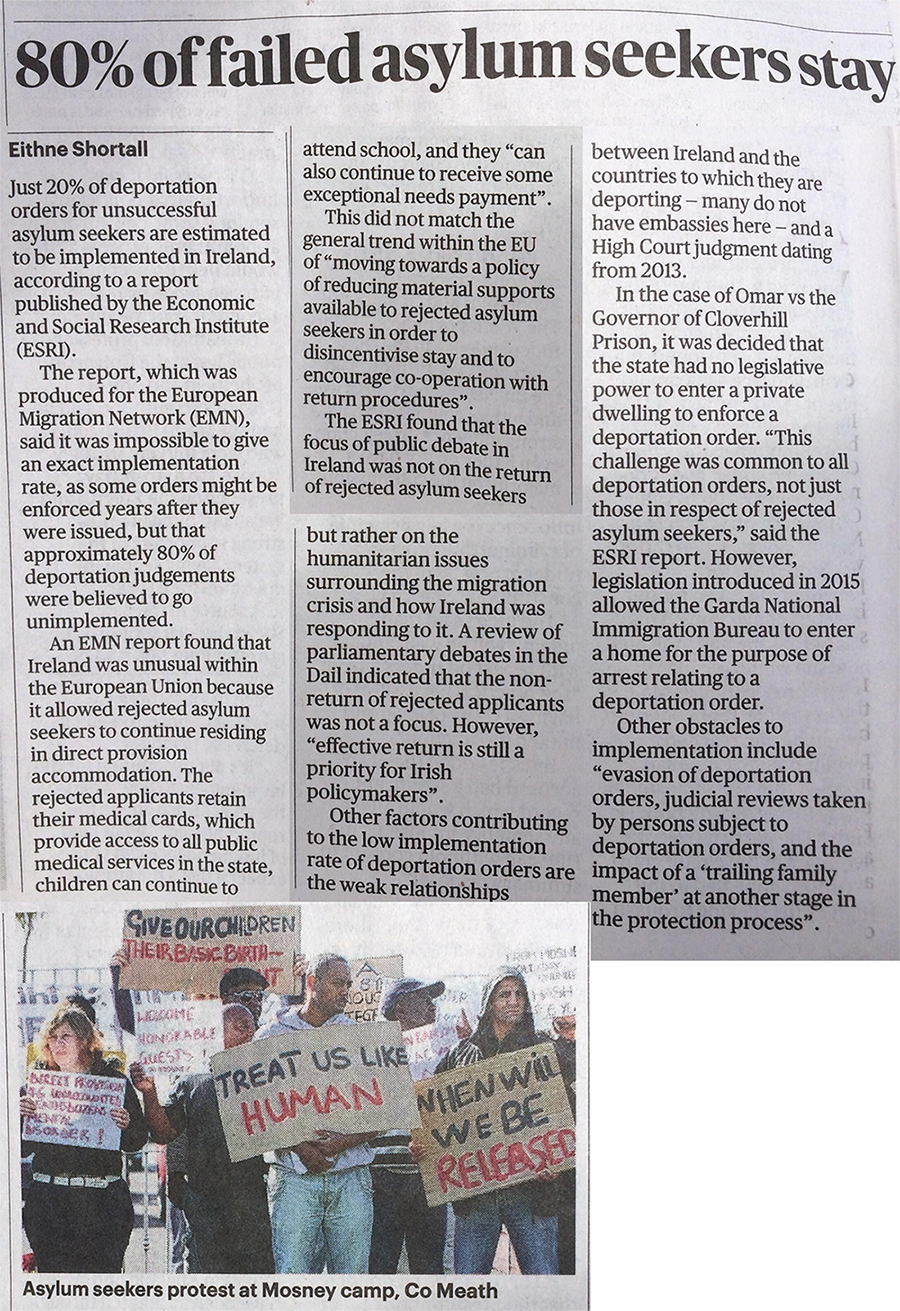 “Now I’ve worked with Galway County Council with one or two Syrian families. These were genuine refugees that were persecuted in their homeland, because they were Christian, by ISIS.

“They were housed around Galway. They were put into houses. They were accepted by communities. But if you watch the news and you listen and even our Taoiseach, three weeks ago, said he’d take an extra 200 — what do you call it — migrants from Africa.

“These are economic migrants. These are people that are coming over here from Africa to sponge off the system here in Ireland.

“I know people that I’ve talked to all over the county of Galway to try and get housing for. You’re seven, eight, nine, ten years….[on the housing list]

“Let the Minister know the fear — and it is the fear factor — that this is going to bring on in this village. Because we don’t know. We don’t know these people that’s coming in. I can guarantee you, it’s not the simple, persecuted Christians and Syrians that’s coming here.

“A big city, a major city can absorb 300 refugees but not a small town like Oughterard.

“So I’ll say one thing to everybody in this room tonight. Work together, stick together and we will work with ye and I want the politicians here to give that same commitment here tonight that we will work to ensure that this does not happen and it will destroy the fabric of Oughterard. Thank-you.”