Get Support for Your Immune System to Fight Corona 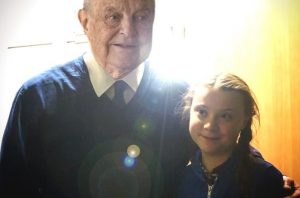 END_OF_DOCUMENT_TOKEN_TO_BE_REPLACED

An illegal alien has been sentenced to six years in prison and deportation from Sweden for raping a nine-year-old girl in a shed outside an apartment building. Fake news mainstream media has hidden his origin country and ethnicity for obvious reasons…

The 30-year-old approached the girl as she was cycling home from her school in Malmö, then lured her into the shed, locked the door, pushed her to the floor and raped her.

He then held the girl by the throat, and threatened to beat her if she didn’t stop screaming, according to a report in the Aftonbladet newspaper,

The girl told police that she had never seen her attacker before, leaving police struggling to find a lead. But the man turned himself in five days later, confessing fully to what he had done.

According to the court’s judgement, the man, who is himself father to a 9-year-old, told police that he had been in the area where the attack took place because he wanted “to find a girl to rape”. It didn’t matter to
END_OF_DOCUMENT_TOKEN_TO_BE_REPLACED