Ever wonder why bees, and animals in general, as a species, have survived longer and will survive longer than humans? Because they understand and respect the laws of nature, which demand that true diversity be defended and adhered to, in order to ensure the survival of the species.

“Mixing it up” as humans do, only serves to dilute and destroy our bio-diversity, making us more susceptible to extinction bottle necks. There are 36 kinds of bees, meaning that for any given catastrophe, at least one of them is likely to survive. If there is only one kind of human, our chances are very limited.

YOU might think you are being all noble and moral by “not being a racist”, but in fact you are disobeying a fundamental law of nature, and
END_OF_DOCUMENT_TOKEN_TO_BE_REPLACED

Che Guevara, before wearing his t-shirt and worshipping this scumbag, find out who he is and how many people including children he killed. I suggest checking numerous sources. Anyone who wears his image is either an idiot or a lover of mass murder.

A Nigerian “rapper” with a FULLY MONETIZED 237,000 subscriber Youtube channel calls for mass murder of white Swedes! Meanwhile Youtube seems to censor Swedish based conservative Youtubers more aggressively than in any other nation. There is no doubt the left wing  Swedish government is directly involved. But left to sow his hate speech and calls for genocide, you have JCBUZ, A Nigerian “rapper,” based in Sweden, who actually advocates extreme racial violence on social media. None of the so called right wing or alt Right on social media ever said anything remotely close to what this racebaiting African has said. Maybe black South African are right to turf out the Nigerians from their communities?
This racist’s channel, with 237k subscribers, is still active and FULLY MONETIZED. Youtube plays commercials at the beginning of his videos and pays him for his conte
END_OF_DOCUMENT_TOKEN_TO_BE_REPLACED
Share this article with friends:

A leading member of South Africa’s ruling party has stirred controversy as he called on the country’s black population not to vote for white candidates. RT has asked a local politician and activist to weigh in.

With even members of his own party condemning the decision to “campaign along race lines,” the pressure is mounting against African National Congress secretary-general Ace Magashule. He has already found himself at the wrong end of a number of corruption scandals and has now been slammed for his “racist” remark.

A few weeks shy of the 25th anniversary of the end of apartheid, racial tensions remain an undeniable part of life in modern South Africa. And some in South Africa support Magashule’s sentiment.

“White people are the beneficiaries of racism, all of them,” Andile Mngxitama of the pan-Africanist Black First Land First party told RT. He believes that the disproportionate amount of resources that remain in the
END_OF_DOCUMENT_TOKEN_TO_BE_REPLACED 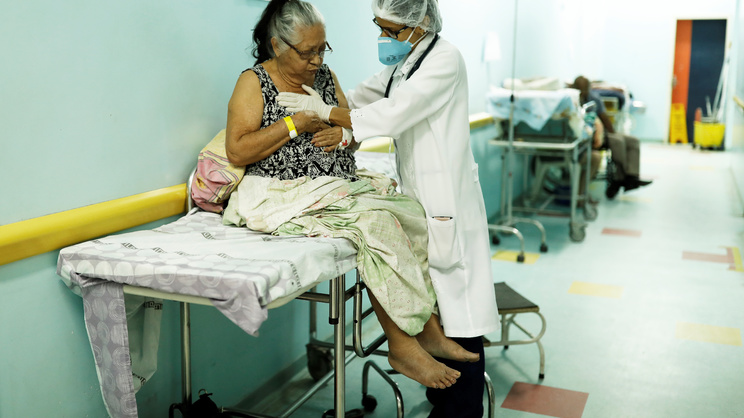 Waitrose has been accused of being “quackers” and of appeasing the “PC brigade” by social media users, after the UK supermarket was forced to apologize for naming a dark chocolate duckling in their range, “ugly.”

The offending little bird was part of an £8 ($10) trio of Easter treats, with a milk chocolate duckling called “crispy” and a white one named “fluffy.”

According to the supermarket, a “small number” of customers took offence to the dark duckling being described as “ugly,” with some saying that it was racist.

The removal of the product has led to outrage on social media. One Twitter user claimed “the world has gone f***ing mad.” Another insisted that it was not racist, alluding to the famous fairy tale “The Ugly Duckling,” arguing that duckling in that story “grows up to be the most beautiful of them all.”

However, others accused Waitrose of “insidious casual racism” and that they should of done their homework on
END_OF_DOCUMENT_TOKEN_TO_BE_REPLACED

Transcript: Yes. I suppose we are into territory where people would, the first thing they would do is, the far left in politics would say that we are racist, but apart from that, the thing we want to do with our policy is very clear, we want to make sure that everyone in Ireland, everyone..
END_OF_DOCUMENT_TOKEN_TO_BE_REPLACED

A shocking video shows a special needs white man bound, gagged and bloody as a gang of racist black youths force him to say “f**k Donald Trump” and “f**k white people”. It posted to Facebook yesterday afternoon showing a kidnapped and gagged young white male being abused by black males while a young black woman..
END_OF_DOCUMENT_TOKEN_TO_BE_REPLACED